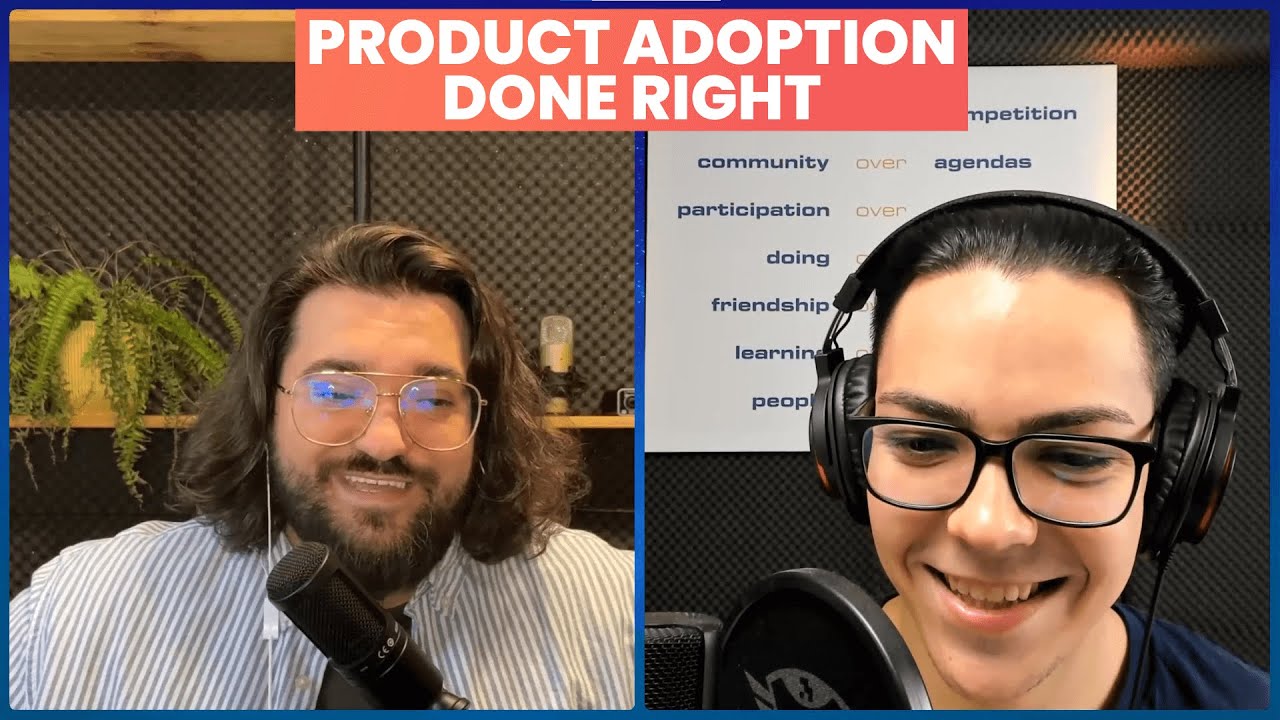 How is Eyelet helping SaaS companies?

John: Eyelet is a digital adoption solution built for SaaS platforms. Right now, we’re targeting web-based solutions, but from Q1 2023, we will also launch our mobile solution. We offer a suite of no-code solutions that allows our customers to create experiences for their audience and customers. They can create guides, walkthroughs, in-app messages, checklists, resource centers, and so forth without needing a developer’s help. This is essential because most of our customers are non-technical founders or non-technical product owners.

Seven years ago, we were an agency doing this optimization for SaaS companies, and we were optimizing their onboarding. The team often realized that these onboardings are usually complex or complicated. We needed something to kind of streamline the entire process, and we started coding this from scratch, which took a lot of time, and the issue with that is that you need a whole deployment cycle to change even one single comma or dot.

What are your best features?

John: The onboarding guides are one of them. They’re pretty popular. The second would be the resource center used as a support mechanic, meaning you can. Take your top 10 frequently asked questions and make them into a guided tour. Instead of having your users come to you and ask, how do you do x and y, you can just show them and walk them through the entire process. The third one would be the bots, which allow you to automate all kinds of things throughout your system and interactions. You can use the bots to connect the third-party services via restful API, which is kind of good.

When should companies focus on the onboarding experience?

John: They should have been doing it from day one, but unfortunately, that’s not the case. Usually, the way it goes is that you build a SaaS tool that does one thing well. But as time goes on, you add another feature and another one, and instead of having a straightforward tool, you now have this suite of products that you personally know very well but your customers don’t. You can lose focus quite quickly. Focusing on proper onboarding should be a critical step in launching a product. But it should be something that you revisit now and then.

What are the Eyelet pricing plans?

John: We are actually just rolling out the HubSpot and Segment integration right now, but as I’ve mentioned, the webhooks in the bot earlier, you can kind of use that already to kind of have a blank integration with everything that has an API.

John: We’re probably six months since we are out in public, although we’ve been building it and working with small companies for about two years. In the past six months, we’ve seen people come that we haven’t contacted or made a cold sale to them, and we’re not running ads, so word of mouth started spreading. We’ve seen this big company have a technical product for developers bombarded by support tickets. We integrated Eyelet and started creating these conceptual resource centers. So depending on what page you were, that guide would show up right then and there.

The percentage of tickets went down by about 60% after the first 30 days, so it’s pretty impressive. And we have also seen 60 to 65% faster adoption rates by using a proper onboarding solution. We’ve seen churn down as well. Just because you can showcase not only the main feature that the user came to the website for but all of them, you can show them the entire value of your product, not just the subset of it.

How do you plan to differentiate?

John: We weren’t the first company to innovate in this space, but we’re kind of happy because we’ve been in the past, and we had that first-mover advantage for other products, but it was pretty tricky because you have to educate your audience why they need to in the first place. We have strong competitors with really great products, by the way. Our goal basically is not to build a product that’s just better than what they’re having.

We want to have a customer success tool that allows you to do a lot of the things that you’d usually have to do, from contacting people to measuring the success of your application to measuring how the users kind of use the application in real-time while having these options of creating guides and app messages and checklists and bots and so on. I think the insights and the bots already kind of give us an exciting advantage in the market. We’ve seen people come from competitors because we have these two features.

Is the first-movers advantage worth it?

John: I think it could be, but you must be prepared. If you have a team of leaders in that industry and know the market very well, having the first mover advantage could be a good advantage, but otherwise, it can set you back. Even if you build an excellent product, you cannot sell to anybody because nobody is aware of the product or the problem you’re solving. Then you’d have to explain why they need that. There are pros and cons for both cases.

From a marketing agency to a SaaS

John: We did start an agency about seven or eight years ago when we did marketing. We usually worked with SaaS products, and my colleague Andrei and I used to work, and we still work with many SaaS products, mainly in Europe. We’ve always seen this problem in creating an experience for the end user. It’s very tough, and we always wanted to do something about it. We started out using our competitors, honestly, and it was okay, but we also saw this tiny little bit of features that we needed and they didn’t have.

We went on, and we discovered more and more of these features that we would like to have, and we’re actually building right now for Eyelet. One of them, for example, is this video support where instead of just having a plain old tool tape show up with text, you now have a person in the video. We want to use that to improve the connection between SaaS and the user. We want to bridge that gap, so you’re not interacting with just the machine. There are people behind it. There’s a face behind your onboarding to walk you through the entire process.

What is your story, John?

John: I started in 2005 as a Flash developer. Flash was a big thing back then, and people used to love it, myself included. I actually built my first SaaS in 2009, and funny enough, it still exists, and they became customers of ours a couple of months ago. I’m really proud of it. I sold that company, and I started as a developer five or six years down the line. I was very interested in talking to the marketing team about the marketing process.

And I started moving over to the marketing team, and I did that basically. I’ve worked in marketing since, mostly with developer tooling companies, and my expertise as a developer kind of gives me a unique advantage in that regard. That would probably be the short story.

Any piece of advice for starting founders?

John: We’ve screwed up a lot, so I have a lot of advice to give, and the first one would be to start selling your product from day one. It doesn’t matter if you have the product ready or not start selling it, meaning you start knocking on doors, getting feedback, even if it’s an idea. If you have a presentation, sell it. We didn’t do that. We worked on our product for two years, then we started talking to people about it and showing it off, but it was already a finished product. You could just use it in production, but it kind of made the selling process a lot tougher and unnecessary. So start early, start as soon as you can.

John: That’s a great question. I’m still in the honeymoon phase with this product called Around. They do these meetings where it’s like a Zoom meeting, but if you haven’t used it, you have to try it. It’s called Around, and it was acquired not long ago and is an excellent tool.