Adam: Workweek is a collective of industry experts where we support, then grow and become the voice of authority in their space. We do that in various ways, including monetization growth, content production, and everything else. Nicole Casperson is a good example of someone we have brought on. She had a really unique perspective in the FinTech space. She was looking to grow her voice, to have more systems. Alex Johnson, another person at FinTech space, did the same thing – he was a consultant, and had a great newsletter, but just like almost did it as a hobby. Over time, we’ve realized that many talented people are almost better creators, and they are operators in that space. And they need the time, the space, the resources, and the confidence to fulfill their potential. And that’s how Workweek is trying to help them.

We help with the strategy, we help with the brand, and we help with monetization, from events to guides, courses, and advertising. We help with the data set they’re building, that we’re building with them, and understanding their audience. So ultimately, what we’re trying to do is to become this voice of authority in the space in the same way that Mr. Beast kind of went from a one-person YouTube show to now much larger media company, that’s how we’re thinking about all of our creators that we work with on an individual basis.

For us, we want a thousand percent batting average. So we’re going to work with fewer people that we believe we can grow in a really big way and build these ecosystems around. There’s a scale in individuals, which is a new piece. You know, Mr. Beast made $50 plus million last year. I think in five years, thousands of people will represent this individual kind of persona that they’ve built out. And you could go down the line and find Richard Branson and Gary Vee, all these people started as one individual creator influencer and grew from there. And we’re doing that in the B2B space.

How did you come up with the idea?

Adam: I’ve been in media for a while. I’ve worked at some good companies and had some success, and I think growing audiences and creating content is just like the most exciting, best job in the world. The problem is that the traditional model of a media company is a little backward. If you were a newsletter writer at a media company and were incredibly talented, you helped grow their list to a million plus. Right now, 99% of the time, 99.9% of the time, you really don’t see any upside in that. They’re kind of arbitrage your talent, which has been going on for a long time.

And so that was where I was part of that problem. I ran companies that did that were taking a step back and saying, how can we do things differently? And how can we build a new, multi-billion dollar ecosystem? You have to start differently. And aligning incentives was the first thing that we wanted to do.

What are your current industries?

Adam: We have climate, we have FinTech. We have a lot of, we have about six different marketing creators. We have cannabis, entrepreneurship, venture capital investment, HR, and a few more.

SaaS sales is a really interesting one for us that we’ve been looking at. I mean, just SaaS in general, the hard part is that SaaS is a category. I’ve been looking at the origin of it a lot lately, but of course, the origin is just the type of revenue. Salesforce came out and changed how they charged. It was just a business model, and now it’s an industry. Everyone is now moving to a SaaS model. So there’s a confusion, I think, about what it is, and we have to help define that before we can go into the category.

Tell us about one of the Workweek creators

Adam: One of my favorite stories right now is, is The Wolf Of Franchises. He was in franchise sales, an incredibly hard worker, and very intelligent. I saw his first, a maybe second newsletter he ever sent out on sub stack and was like, oh my God, I love this. At the time, he was doing it to see if he could get more leads and help in sales. But when we asked and talked to him about why he was creating content, he gave us what we call this inevitable truth that we always ask of our creators. And he said, uh, the franchise industry is completely regulated.

Almost all the information is public for the data, but no one has aggregated it and made it easy to consume. So it’s still pretty opaque, considering how regulated and open the data is. And he’s like, that’s what I’m trying to solve with our content. So that was just such a good insight. And that’s what he’s been doing.

And he went from, you know, a thousand or so Twitter followers to now more than 60,000, and his newsletter list is closing in on 30,000 subscribers. He probably had less than a 100 when we first found him. But, more importantly than anything, he’s becoming the voice of authority in the space.

All those other things are just signals. Um, but I’m seeing people in the industry. The biggest names in the industry, go to him and ask him questions and like, that’s exactly what we wanted to do from there. And, and the opportunities are pretty endless once you, once you’ve built that credibility.

Adam: We don’t charge,  we’ve probably talked to 300, and we’ve taken 15. It’s not necessary to pay us a service fee and do this. It’s more of like, we want to create a partnership with someone and work with them for a really, really long time.

One of the things that my co-founder and I discussed, in the beginning was that one of the other media problems, besides misaligned incentives, was that everyone had really short time horizons. Everyone I was talking to was saying, I want to sell the company in four years or five years. So we want to do something impactful.

What is your story, Adam?

Adam: So, the quick background I was at a media company. We raised $130 million from Goldman Sachs, I was there for a couple of years and had some success on ad sales. I was doing more than $6 million a year there for that business. Then, we moved to Under Armour, the shirts and shoe business, when they were acquiring all the apps, MyFitnessPal, and was part of the original team, down here in Austin, for the connected fitness division there, to help integrate those and monetize those.

And then I was the super, super early employee at a startup back in 2016 and was there for just over four years, I was the president and led the day-to-day there. Then, I started advising media companies, I’m on the board of directors at a company called 6AM and a few others. My goal with those is to help them increase the value of their business as humanly possible.

How did you develop your mindset?

Adam: Who you are today is a collective of the scars you’ve had. For most of the things I say and do or things I didn’t do in the past, those lessons are like the real stripes you earn, see, and know. I very much come from a place I was not. I did not operate perfectly in the past. I made so many errors, made lots of mistakes, but you only learn those by executing and doing, and now I’m just trying to share those with people ahead of time to be more proactive with them.

Any advice for people who want to grow their personal brand?

Adam: You have it behind you – community over agendas. I think the agenda is how you get caught in making poor decisions. If you work from a – hey, we need to get to this revenue perspective or, hey, we need to get to like this many sales and you go that like bottoms up strategy, you’re going to be missing the larger picture. You’re not going to be starting at the beginning. You’re going to be starting at the end. That’s not the best way to build the brand.

You can watch the podcast with Adam right below. 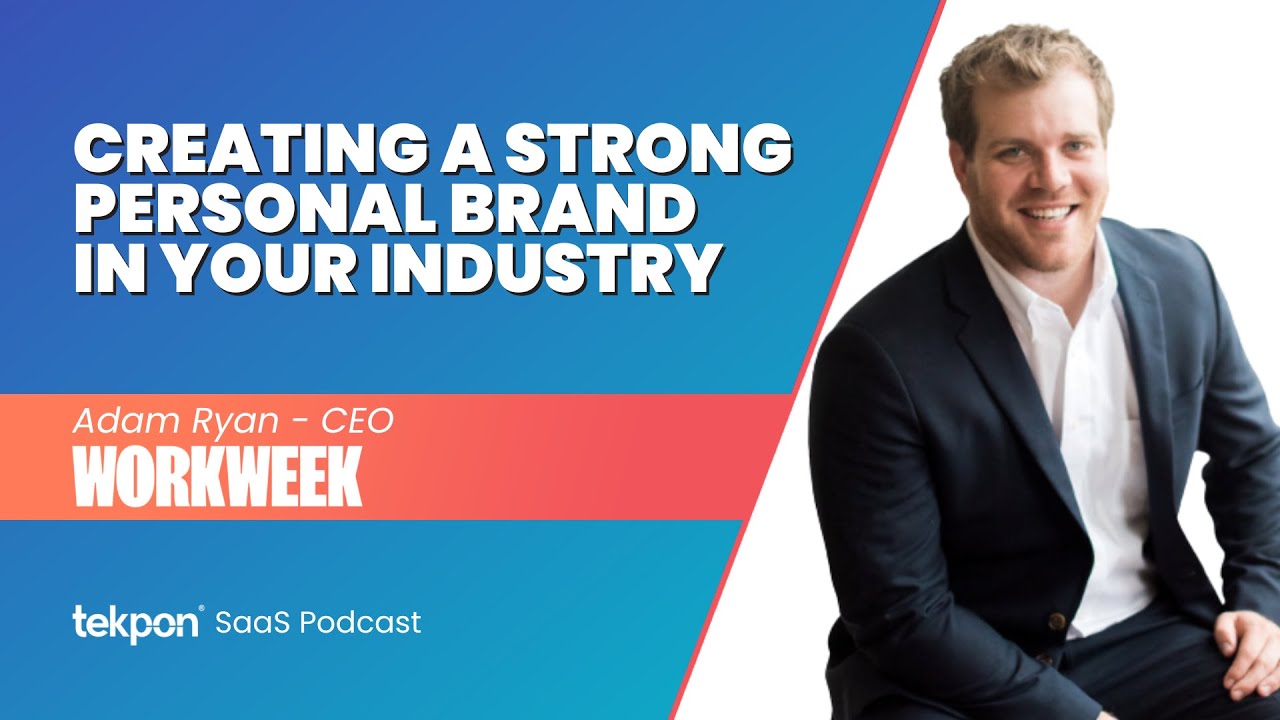