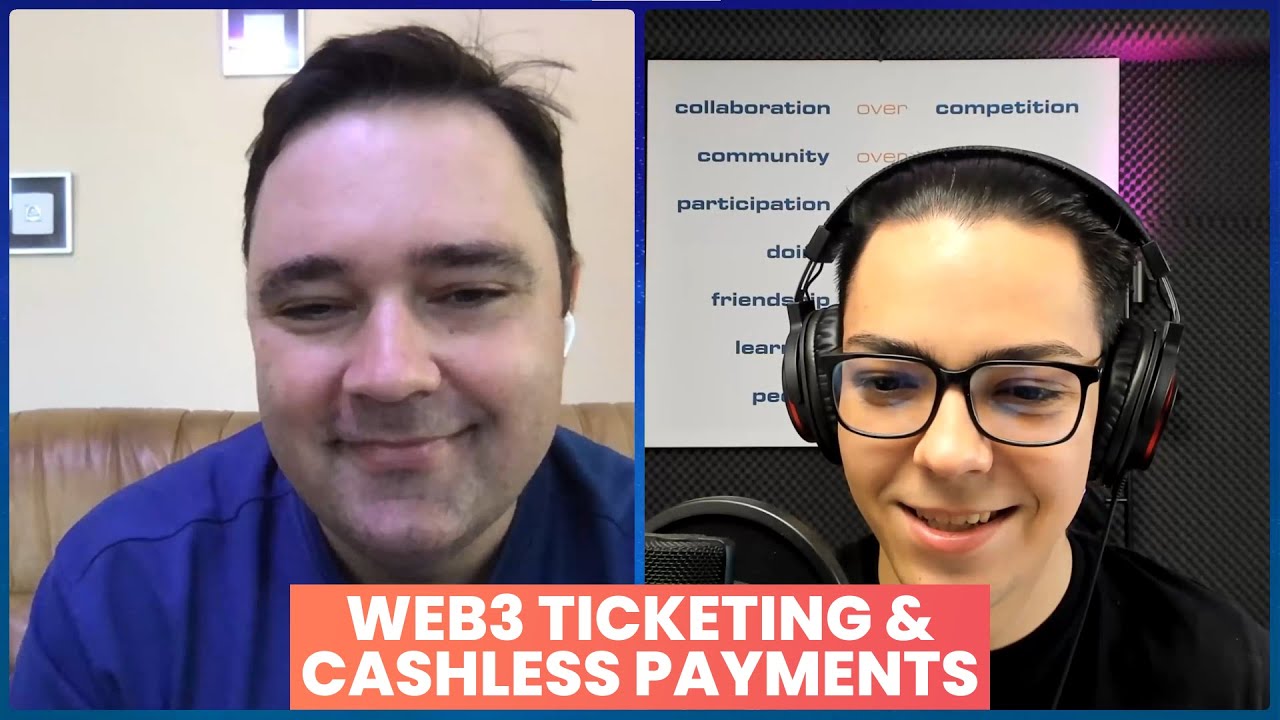 How is Oveit helping people?

Mike: Oveit is a platform for anyone who creates live experiences. This can be event planners. It can be festival owners, conferences, and so on. We started about five years ago with a ticketing and registration product and added a payment afterward. Recently, we added a special kind of project called NFT Ticket.

The basic product is ticketing, so anyone who wants to sell tickets to a concert or a conference uses it to sell tickets, accept payments instantly, and check whether the visitors are holding at the door are authentic. They have the right to get in afterward. Companies and event planners, such as festivals, use our payment system to handle cashless payments within the venue. If you know those little NFC wristbands that you hold at festivals, which you can top up and pay to local vendors, we’re one of the leading platform providers in this space.

And recently, we created what we think is an amazing tool. It’s called NFT Ticketing, which combines everything good about NFTs and everything good about tickets, and adds a layer of security. NFT tickets can not be falsified. They cannot be copied. They can be transferred to one another. You can claim royalties whenever someone resells NFT tickets. So there’s a bunch of stuff that you can do with it.

Why should companies choose online tickets instead of physical ones?

Mike: There are several differences, but I will outline three. One of the most important ones is to have authentic tickets at the entrance. We know that tickets are unique, and they’re issued only one at a time. But when you have 50,000 people gathering in the same place at the same time and wanting to get in, there’s an issue with checking at several entrances, whether a certain ticket is the right one.

So if I’m getting an electronic ticket and I share it with my friends, and all of us try to get in at the same time, first you have to check whether those tickets are actually authentic, but at the same time, which is the real one. Now, with NFT tickets, this is no problem because whenever an NFT ticket is being checked, a new dynamic QR code based on our cryptographic standard is generated. So no ticket is the same at any given time. So even if you have one ticket, that ticket looks different every time you try to scan it.

The second is the fact that once the party is over, once the festival is over, the ticket is useless. So even though many people are collecting tickets, they become useless after the event. However, we are part of the same community. If I go to Tomorrow Land or Untold, I’m in the same group. But once the party is done, I’m no longer a part of that. Now with NFT tickets, this party can go on and on throughout the year. So you can set up site events or partner events. You can set up loyalty programs with the brands that want to sponsor the festival. You can do all sorts of things with it.

And the third one, the most important one, is that you can tap into a market gray at best. But it’s, you know, not regulated. It’s basically the secondary market. So whenever someone purchases a ticket, they are usually forbidden from reselling it. Why? Because you don’t want people reselling the ticket at too much a higher price, the festival, the concert organizer, or the artist doesn’t have any kind of incentive to allow the ticket to be resold. Now, with NFT tickets, you can cap the lower or upper prices. You can set rules for it. How many times do you want it to be resold? If you want to claim royalties whenever a ticket is being resold. You can do that. So whenever someone resells your ticket, you actually get a certain percentage back. The artists get a certain percentage back. You can do all sorts of things outside of the actual event.

The second one is, as I mentioned, NFT tickets. And it’s not necessarily the second one, but it’s my second on the list. But, again, it’s something we are really excited about and combines everything we’ve been working on for the past five years. And from our perspective, it has the potential to transform the world.

Third, on our list is hybrid events. By combining our existing technology with the technology, we develop that stream. Live, we can create both in-person and online events. And there’s a bunch of things that you can do in this space, especially in this combination between in person. And online events, we’re working on a special kind of project which we believe will be even more fun than video streaming. We’re, we’re, we’re tapping into things such as VR, ar, to create new types of experiences. It’s an experiment where we don’t know where it will lead, but it’s very interesting.

What is the pricing for Oveit?

Mike: If you want to sell tickets and accept payments for free, you can start for free. If you have an event with under 300 visitors, you can instantly sell tickets and accept payments without cost. If you have more than 300 visitors or want more advanced features such as advanced registration forms, you upgrade the $49. subscription fee. And if you want even more advanced features, such as the NFT ticketing system that is priced at $199 per month plus a 2% fee for tickets sold. We think that it’s quite affordable for anyone.

Is this a competitive space?

It’s competitive, and it’s challenging to provide better services. Well, our bigger competitors are pretty competitive. But, still, we feel like it, in time, we developed a pretty wide set of features and benefits for our users. And we believe we are probably the best option in two specific areas.

One is the cashless payments for events and venues, a payment system. And the other one is the NFT ticketing platform, which unlocks impossible options. But, again, from what we know is not possible now either on any other platform. So again, another competitive feature that we have a lot of our smaller event planners is the premium approach that we have, where we provide a free account for anyone starting up a new event with up to 300 visitors.

What was your biggest challenge since starting the company?

Mike: Surviving the pandemic was the biggest challenge by far. To give you, to give you a sense of what it meant, I don’t know if a lot of companies in the life experiences space are addressing this, but for us, we started 2020 with the idea that we’re going to open two new territories, which were very interesting for us. We had an amazing growth scheduled. We were opening our cashless payments technology for tourism travel in February. And then, in March, 98% of our business was gone. And it kind of stayed the same for the next year. So it was a very weird time for us. We didn’t think and were wondering if festivals would ever come back. Are people going to attend events in the future? Are they going to travel? So that was definitely by far the biggest challenge that we had.

Funding and the team

Yes. We did raise angel and Seed rounds so far, and this is how we got financed. That’s, that’s part of the secret of how we got through the pandemic. We have raised about $1.5 million so far, and we are en route to raising more to provide a better experience for ours. We are now 15 people working in two offices, one in Austin in the US and one in Bucharest, Romania.

What is your story, Mike?

Mike: I’ve been working in the tech space for a long time. My background is in computer science, specifically artificial intelligence, and lately, I specialized in a cool field called bioinformatics. Mostly as a hobby because I’m not analyzing too much biology at Oveit, but I like living things and, you know, the whole idea of biology.

For a long time, I’ve been working in the eCommerce space. That’s how we got to the idea that the event needed a better way of selling tickets because, at that time, we noticed that. So, you know, there’s. But, still, this is the case. So many platforms had too much control over how tickets were sold, how event organizers and artists were getting paid, how people were getting their tickets, and how easy to access a live experience. And that’s what we set up to transform, create better experiences, allow event organizers to create better events, and bring people together.

Mike: Riverside is one of them, and I also like Apple Music.