Without running upon Reason, it’s difficult to find a digital audio workstation or audio editing software. Reason was a full-fledged software studio that evolved from an enhanced version of Propellerhead’s Rebirth, one of the first full-featured virtual synthesizers for the PC in the late 1990s.

It includes an analog-style mixer and a virtual depiction of rack-mounted instruments and effects devices. Reason’s user interface, now in version 12, has evolved significantly in the era of stunningly useable software workstations. Existing admirers and anybody interested in a software portrayal of a room full of vintage synthesizers and samplers should take a closer look.

Reason Studios has released the newest version of their powerful DAW and plug-in, including several new features and improvements. However, it may not be enough for many long-term users to justify the price — at least not yet.

Reason is a strong digital audio workstation that has been around since 2000. Similarly, it has gained a sizable following. Each edition has added new instruments and functions, making it a versatile and modular system for music creation and recording that keeps users coming back for more. 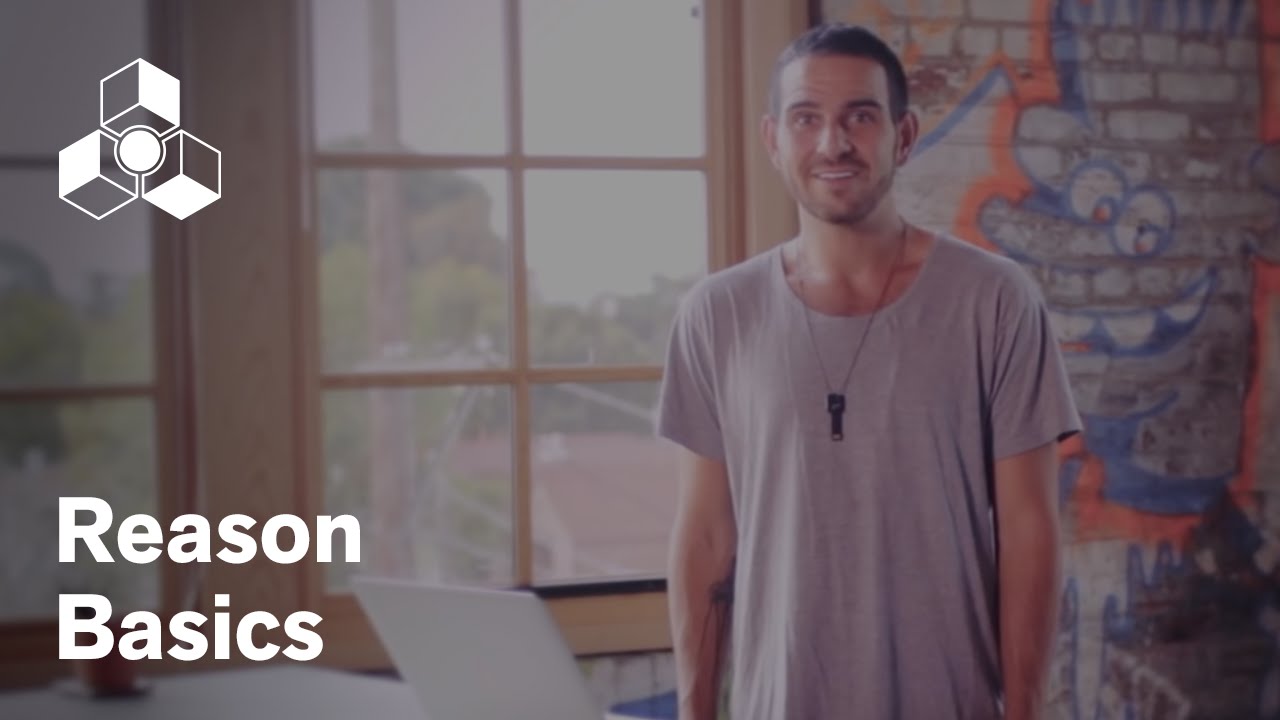 What is Reason Studio?

But before we go any farther, I’d want to make a few observations. First and foremost, there are two versions of Reason 12: the “regular” version and Reason+. We’ll go over this in further depth later, but the evaluation will be influenced by whatever version of Reason you have.

The second point worth mentioning in this Reason review is that Reason may be utilized as a standalone DAW or as a plugin within another DAW. Therefore, the review will influence how you want to utilize Reason.

Is Reason going to be a DAW or a plugin for you?

The amount of value you get from the upgrade depends on whether you use Reason as a plugin within another DAW or a standalone DAW.

Review of the Reason 12 Plugin

Did you know that Reason can be used as a plugin in other DAWs like Logic and Ableton? Reason is a great plugin that gives you access to a tone of amazing effects, instruments, and music-making tools. And Reason 12 simply adds to the fun!

Reason’s new HD visuals allow it to function in tandem with your other DAWs. Everything is at the same resolution and blends together beautifully. You may resize the windows to make everything fit perfectly.

If you use Reason as your primary DAW, you’ll be disappointed by this update because the core DAW received less love! Yes, this is the finest version of Reason, with additions that improve its usefulness significantly. All of the changes mentioned above are also fantastic in Reason.

However, nothing in the DAW was expressly “enhanced.” Therefore, I would be hesitant to suggest Reason 12 as a DAW to someone just starting to start. Why? Because of the lack of focus on key DAW capabilities in Reason 11 and Reason 12, I’m wondering if the Reason DAW will ever get a much-needed upgrade. Exhibit A of the DAW taking a back seat to the plugin is that the DAW’s transport bar was still not in HD at launch!

However, the DAW did notice a little improvement once the Combinator was removed from the mixer. I believe it improves the DAW process, especially now that you can insert Combinators within mix channels. In addition, it should make managing racks a little simpler. 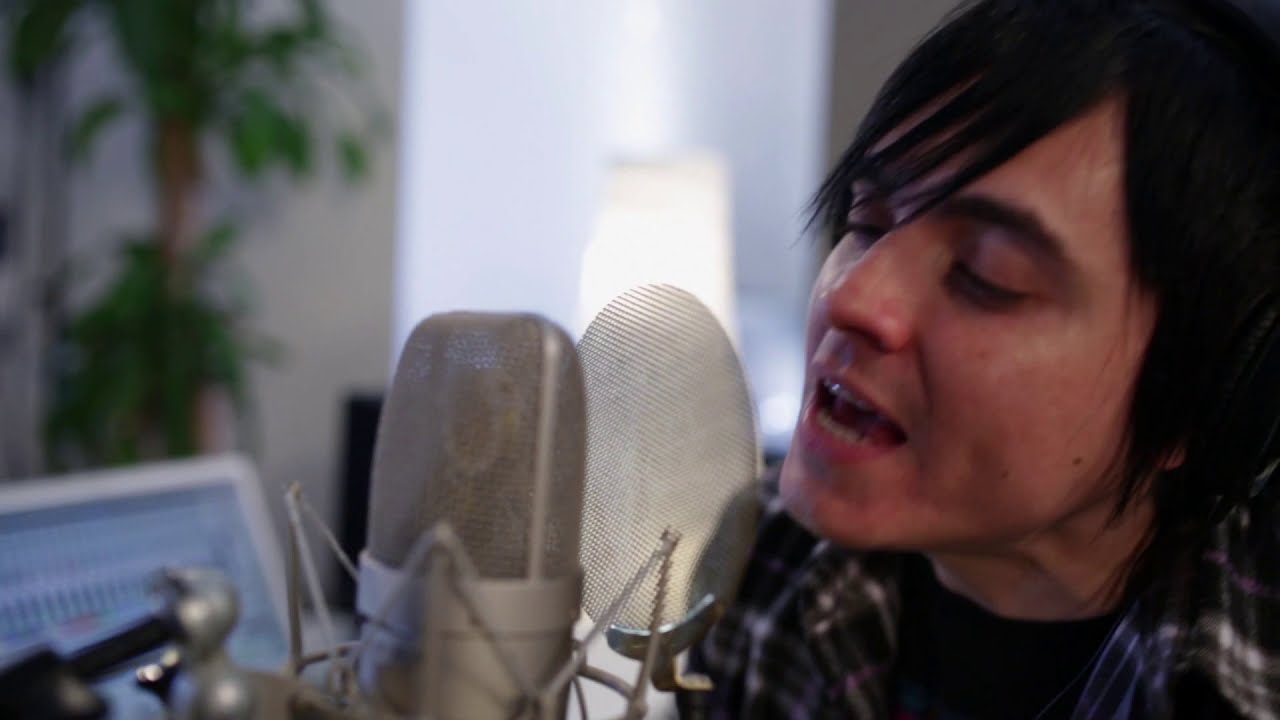 What exactly is Reason+?

Reason+ is a membership package that gives customers access to the following:

The list of features that makes Reason Studios stand out among its alternatives is discussed below:

Reason 12 is available as a solo purchase for $499 (as before) or as part of Reason+, a new subscription service that includes access to the complete software and weekly new sound packs for $19.99 per month.

The firm recommends a computer running Windows 10 or 11 or a Mac running macOS 10.13 or later, both with 8GB of RAM and 26GB of free hard disc space. It also suggests a PC audio interface with an ASIO driver (the built-in sound hardware on Macs works perfectly) and a MIDI controller. I used a MacBook Pro 16-inch (2021) laptop with 16GB RAM, 1TB SSD, a Focusrite Scarlett 6i6 second-generation audio interface, KRK Rokit 6 G3 powered studio speakers, and a Nektar GX61 MIDI controller keyboard to test Reason 12.2.5.

The Reason interface has evolved as well, although the core structure has remained the same since 2000 and would be readily identifiable to anyone who initially encountered it. The left-hand Browser allows you to add instruments to your Rack, located on the top right by default.

The Sequencer window, which allows you to add, record, and modify tracks, is normally found in the bottom right corner. It’s still possible to flip the rack around and digitally re-cable the instruments, which is fascinating if now almost-archaic concept—especially because, compared to the Mackie 1202-like rack-mount original mixer, filling the mixer in Reason is much more automated these days. 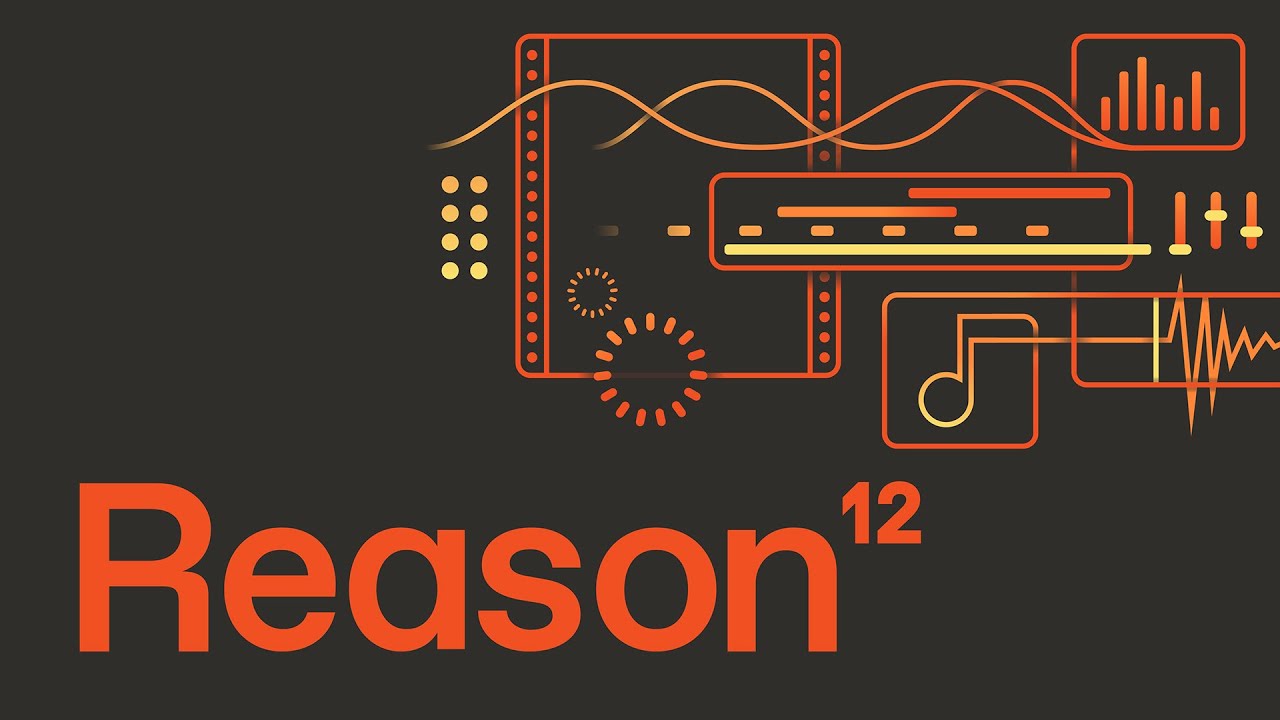 The new, much more versatile Combinator in version 12 allows you to modify its size, color, background images, and even control layout, which is a significant upgrade over the (very) old one. In addition, the Combinator allows you to combine various Reason devices into self-contained presets that, owing to the additional capabilities, can now appear as whole new modules with bespoke UIs. If you don’t want to make your own, Reason 12 provides over 100 new Combinator patches and updates to over 1,000 older ones.

Other new effects in Reason 11 include a beautiful-sounding Sweeper Modulation effect with a built-in phaser, flanger, and filter; a vintage-style, fat Quartet Chorus Ensemble with (naturally) four settings; and the option to use the mixer’s Master Bus Compressor and Channel Dynamics as rack effects. In addition, new curved automation and smooth audio file crossfades, multilane MIDI editing, adaptive snap-to-grid, and the ability to manipulate multiple faders have all been added to the sequencer in recent years. However, Reason still lacks cinematic scoring, notation, and surround-sound capabilities, so seek another DAW if you want any of these features. 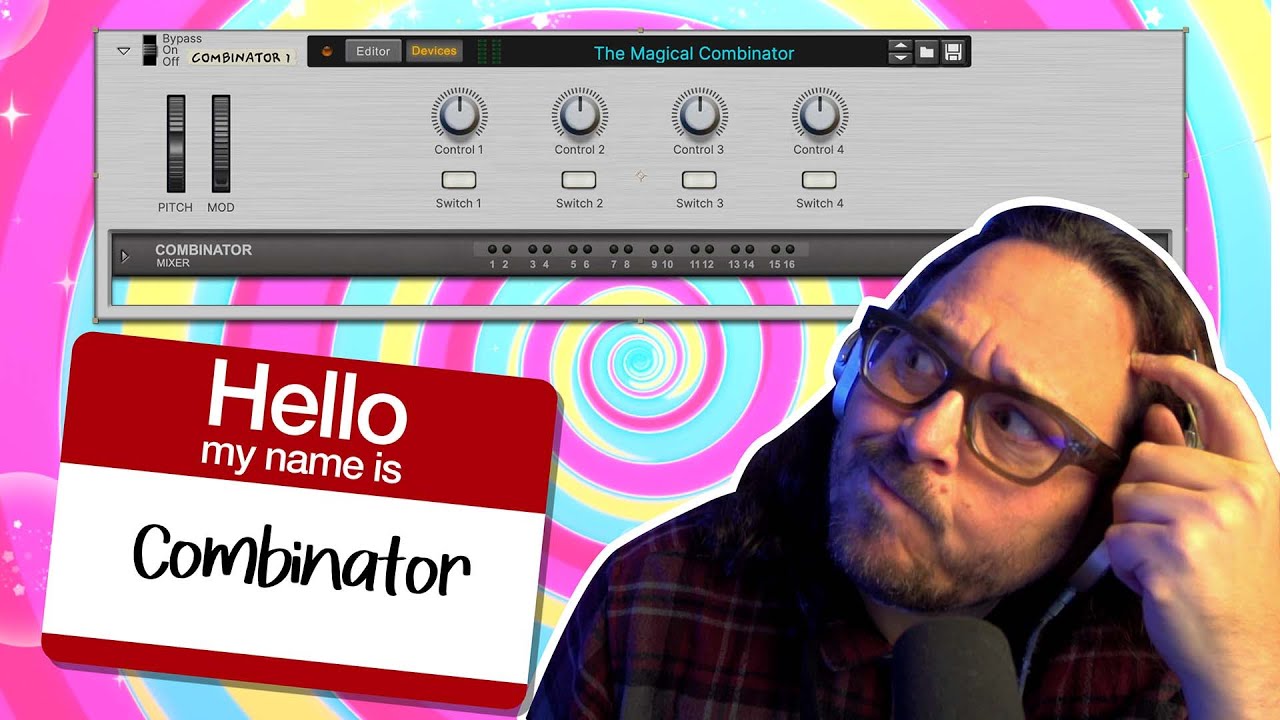 Mimic Creative Sampler is the sole new instrument in Reason 12. In the Reason context, this allows you greater sampling flexibility. Mimic is built on innovative sampling techniques that simplify exploring and producing whole new ideas, even when users have owned the NN-19 and NN-XT samplers for many years.

Mimic allows you to sample directly or load your favorite samples. Samples may even be dragged and dropped onto the interface. Mimic includes eight slots for loading samples and four distinct playback settings for those samples.

You may play the sample melodically in Pitch Mode. The start and finish locators can be moved to determine how much the sample is played. You can now play the sample throughout the whole keyboard range after determining this. 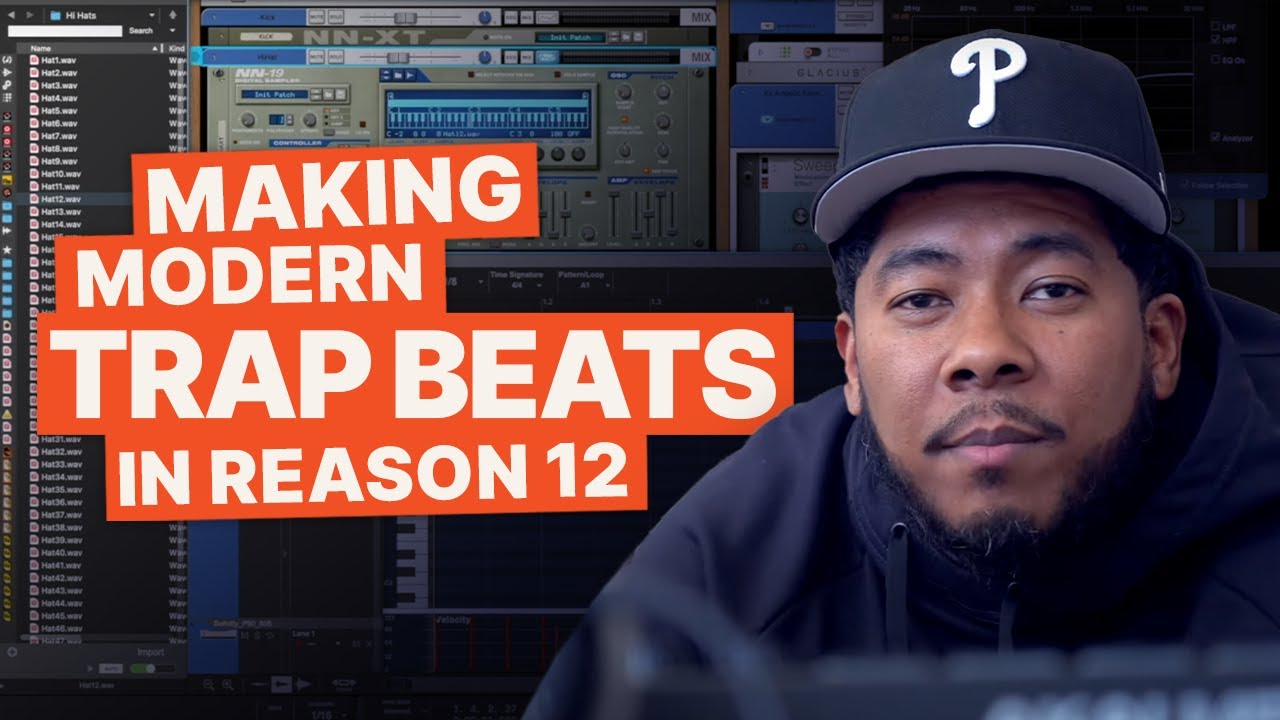 The browser in Reason 12 is substantially the same as before, but it has been improved to be much, much quicker. Reason Studios appears to have worked hard behind the scenes to upgrade the browser. It will, they believe, serve as the cornerstone for future improvements.

While having a quick browser is desirable, the fact is that this browser is grossly weak in comparison to those found in other DAWs.

There is no tag-based browsing, for example. Ratings/favorites are not available. However, it is possible to glimpse the key. It also doesn’t sync to BPM when it auto-previews.

Fortunately, there is a free fix for these flaws. LoopCloud is a free sample library management application that automatically adds tags, tempo, and key data to your samples and allows you to explore them easily. You must join a free trial to download it, but it is yours to keep once you do. 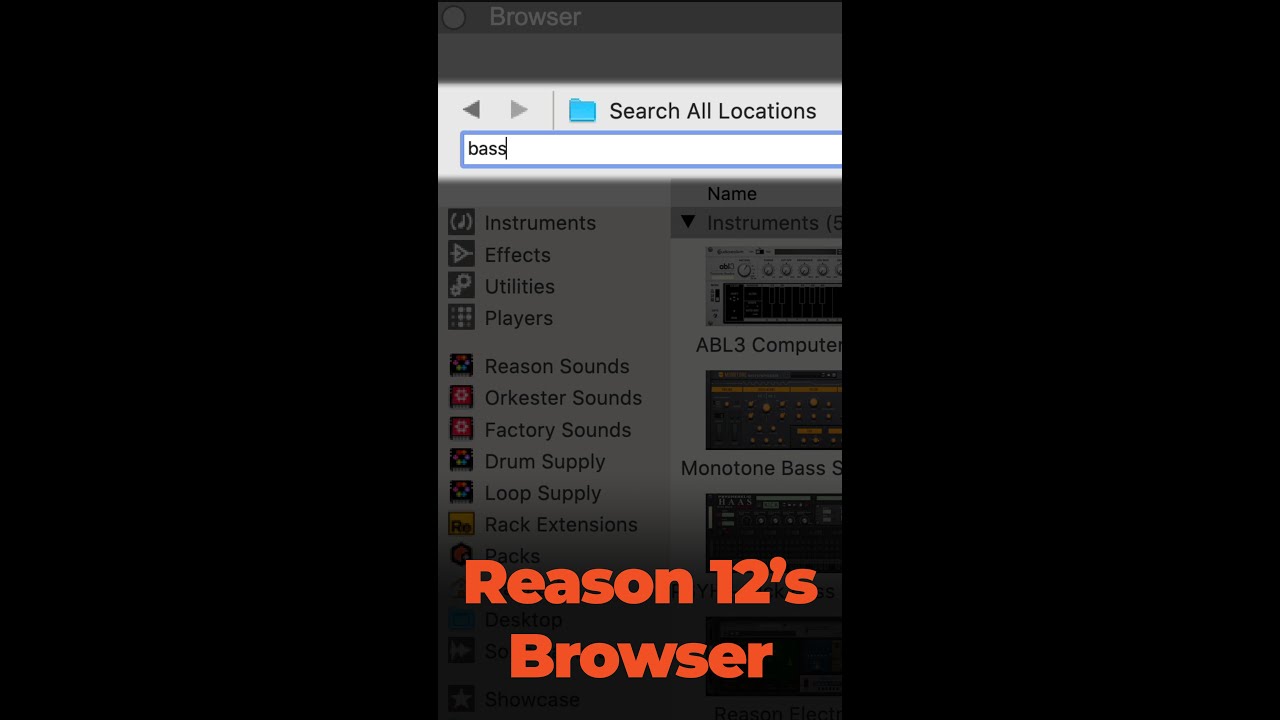 Mimic’s eight sample slots are used in Multi-Slot Mode, transforming the instrument into a typical drum machine. The slots are chromatically mapped up the keyboard from C1 and never change pitch.

Finally, Multi-Pitch Mode is used to layer sounds and separate them. You may use key ranges to overlay various samples or divide them into separate ranges, with or without overlaps.

Each of these modes lets you tweak various settings for each sample (filters, envelopes, sample editing tools, effects, modulation routing, and more). As a result, there are many sound design and performance possibilities to keep any beatmaker occupied. 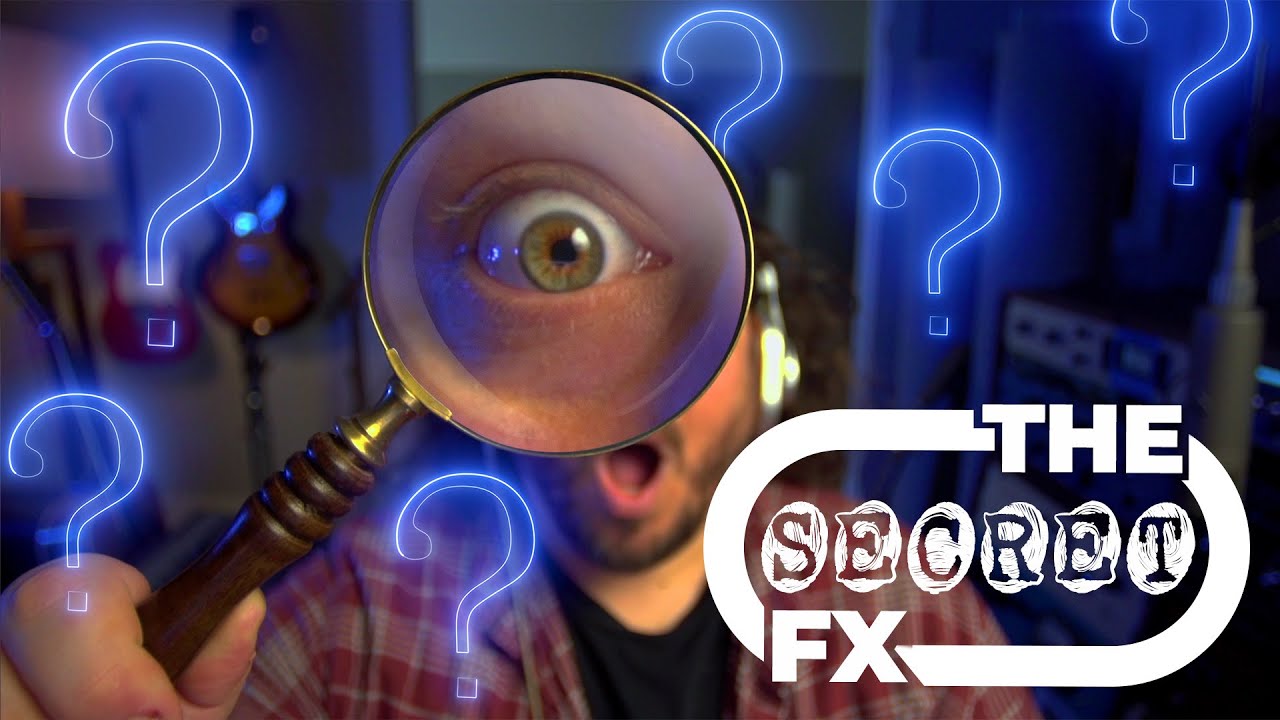 The top alternatives that are available in the market to Reason Studios are:

Ableton and Reason set themselves apart from other DAWs by taking a distinct approach to music creation.

Both audio and MIDI are handled more traditionally in Reason. Reason’s user interface looks like genuine studio hardware and offers the impression of being in one. Ableton has a simple and user-friendly interface intended to be as efficient as possible.

It doesn’t resemble a typical studio setup. Instead, its one-of-a-kind design is ideal for experimenting.

Reason is a great choice for people who have worked in a studio before or like a more conventional sound. Engineers with a studio history may find Ableton’s interface unfamiliar, but it can be learned with a little practice.

Reason vs. FL Studio, which is best?

The key features of FL Studio are:

Despite its limitations and archaic user interface, it’s difficult to dismiss Reason as an all-in-one recording and mixing tool, especially if you’re into electronic or hip-hop music and want access to a big library of sounds and beats. Overall, it’s a fantastic upgrade for Reason 12 that brings a new level of excitement to creating and customizing your instrument and effect patches.

Reason 12’s visuals have been improved as well. While this doesn’t offer much value, the devices were starting to look a little ‘low-res,’ and Reason deserves HD images with its famous hardware-style design. There’s also a larger sound bank and some browser improvements, though the latter still seems a little old compared to competing DAWs.

The Combinator update is wonderful, especially for writing Rack tools for plugin-mode. However, it’s arguable if the upgrade price alone is worth it. Apart from that, there’s probably never been a better time for Reason newcomers or lapsed users.