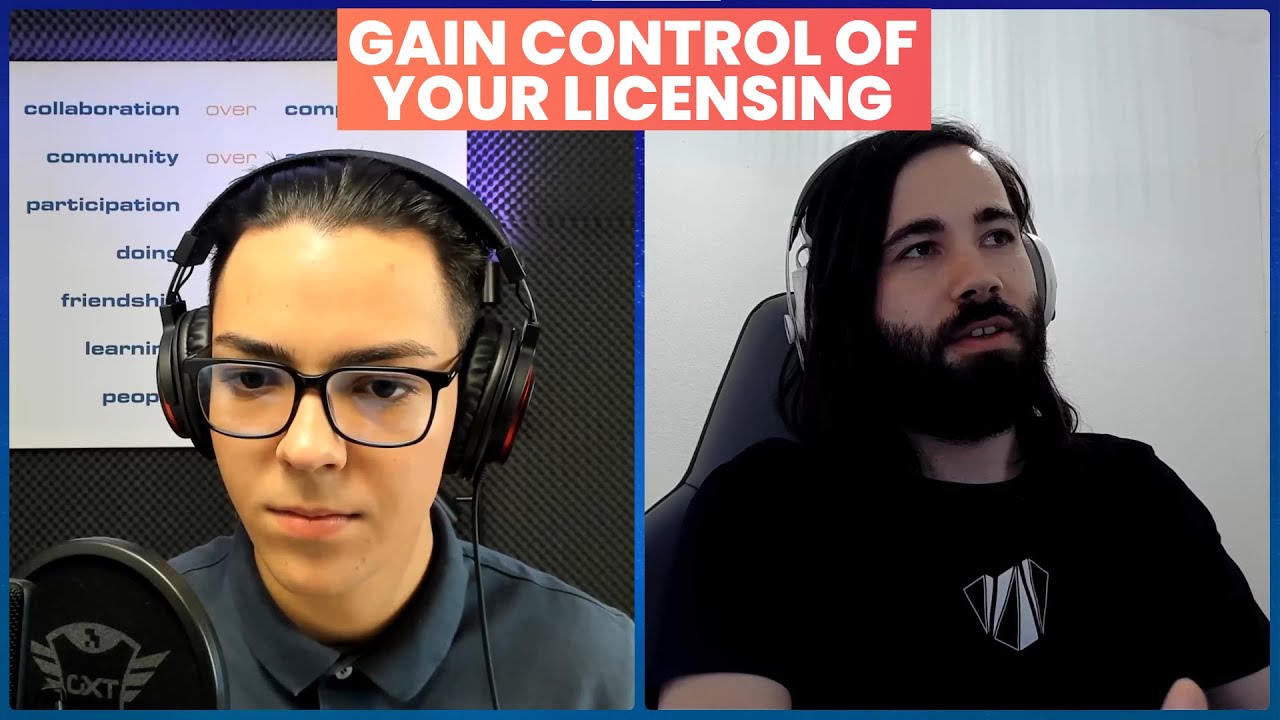 How are you innovating with Licenseware?

Alex:  Licenseware is the first open ecosystem for IT Asset Management. We help companies reduce the cost, risk, and complexity associated with software licensing. This is the biggest problem in IT no one really talks about. Of course, everyone talks about cyber and all this other stuff but managing that is not such a hot topic nowadays, although it is an important topic in every C-level or IT leader.

Alex: We built Licenseware as the tool we always wanted to use when we were consultants. It’s a compelling tool from a usability point of view. And the way it works is that you collect technical information from your IT environment with preexisting tools or a bunch of tools we provide. And once the information is collected, you just upload the data to our platform. And it gets automatically analyzed. And then, you get a set of reports which give you insight into your software installed and how your software is being used.

Alex: I would say key differentiators for using Licenseware are basically the unprecedented flexibility you get. If you look at the market now, you can purchase it as a commodity. However, the tools and services you leverage to manage your software investments cannot be purchased and consumed as a commodity. And we want to change that. And to change that, we must provide our tooling as a commodity.

What is the price for Licenseware?

Alex: Pricing is transparent. I don’t need to go into lengthy conversations with our sales guys just to determine how much it will cost. You can just see it on the website. With pay-as-you-go, you can choose the functionality you need when you need it and pay only for what you use and nothing extra on top. So then you get the flexibility to. Either prove your software or asset management program from a business point of view. So you can start with a small investment. Then, you can prove the potential cost saving you can derive from using these tools.

And then, you can scale with the product. We also provide the same flexibility from a subscription point of view. I have companies with a more predictable workload, so a subscription is more interesting. And then they can get like these short-term subscriptions that would cover their periods where they have loaded. And then they can slow down and go into pay-as-you-go and just cancel altogether when there is less business activity on top of that modularity.

We are building a modular application system because these applications can be used independently or in different combinations. So again, it goes into this commoditization theme that we’re trying to promote, which basically allows companies to choose only the functionality they need and not pay for functionality they don’t use. This is another issue we saw in the current tooling market, you know, you have. You have companies that purchase IT asset management solutions to manage maybe one or two profile vendors that they have in their environment, and they end up buying this full stop contains a lot of extra that they have to pay for that they never use, or they only use it once per year.

This just adds up to the problem. If you’re an IT asset manager or a software asset manager, you go to your boss and say – hey, I need a budget of $200,000, so I can save you money on software. It’s tough to promote. But if you go to your boss and say – I just need just a few thousand dollars to start with, then I can show you the value of doing this, and then we can increment. Based on the budget and the value that it brings to the business. And it’s a whole different conversation.

That’s what we are trying to change. We want to change the status quo and make this type of service available and appealing, not just for your enterprise that spends millions on software, and they really need to do it. It’s a must for them. But we also want to bring this across to other markets, which are totally neglected right now, and other companies that would want to pay more attention and some resources for managing the software assets. But they can’t start because of the high pricing point.

When did you start the company, and what was its idea?

Alex: Well, we’ve been in the industry since we started our career. I’m talking about myself and the other co-founders, Ciprian, the CTO, and Chris, the Chief of sales and marketing. Ciprian and I have been mostly doing consultancy work throughout my career. We focused on the technical side of things, and Chris worked more on the commercial side. But then we all worked within the licensing industry, and we’ve worked for startups. So when I talk about Ciprian and myself, and we’ve had the opportunity to change several hats, we kind of went full within the industry. We did audits for software vendors. We did consultancy for big enterprises, and then we also spent some time automating the analysis processes we were doing manually at the time.

We always thought that there must be a better way of doing this. There must be a change within the industry, and so on. And that was kind of in the back of our heads. Long story short, about three years ago, Ciprian came up with the concept of an open app ecosystem for IT asset management. That was when he wanted to learn Python and try out some new technologies. And he started building this thing on his own, like a hobby project. Half a year later, he reached out to me to show me what he was busy with because I was also a developer. And that was just to exchange some ideas, and one thing led to another. So I joined, although, at the time, I actually thought I was going to leave the licensing space.

I actually took a job, and I was working for an e-commerce startup at the time. I was doing the data analytics part, doing a bit of dashboarding, and he came to me with this idea, which I felt was the tool I wanted to use in the past. But it’s the change that I wanted to see in the industry, and I can watch the change happen and have FOMO all my life, or I can join in. So I decided to take a leap of faith.

Raising funds at an event

Alex: We started just doing it on the side to our jobs, and we were coding in the weekend, in the evenings, in the night trying to bring more functionality to it and build kind of a more compelling tool. We signed the first customer, and we attended a local startup event where we pitched for the first time and just wanted to see what other people would think about our concept, especially other people outside of the industry, because we’ve heard all these good feedback comments from people that we spoke with within our immediate circles.

We just felt like we had this tunnel vision, so we wanted to see what other people without any software licensing would think about it. And we actually got the best innovation award. Then we got fast-tracks to a bigger event. Then we got scouted by another local startup program. That’s where we met our current investors. We took a funding round and slowly started building the team. We’re now 15 active contributors and developers, but we’re in the process of closing another funding round, focusing a lot more on sales and marketing. A lot more money will be invested as opposed to just investing in the development team, which was needed at first to have a development team that can deliver fast and at scale. We now need to change a bit to focus on just putting the product in prospects’ hands because we haven’t been doing that. And that’s what needs to happen.

Do you think you have found a product-market fit?

Alex: I believe so. I think the main challenge that we have right now is kind of the Cold Start issue. When you build a marketplace or an ecosystem of something, it’s not that much of an ecosystem if you don’t have many apps. That’s the part that we’re we are working on right now. We want to bring the initial applications and enough functionality to the platform to make it compelling for the average user. We are reaching that threshold moment where it’s not just a few apps. By the end of the year, we will have between 10-12 apps, proprietary applications that we built ourselves. I think from now on, and things are just going to accelerate more and more. We build some internal tech that helps us do this faster, and at scale, we have an SDK that generates 60-70% of the code required for building. In the future, we want to see third-parties use our platform to develop their apps and monetize them like you would develop an app on any platform like Google Play or App Store.