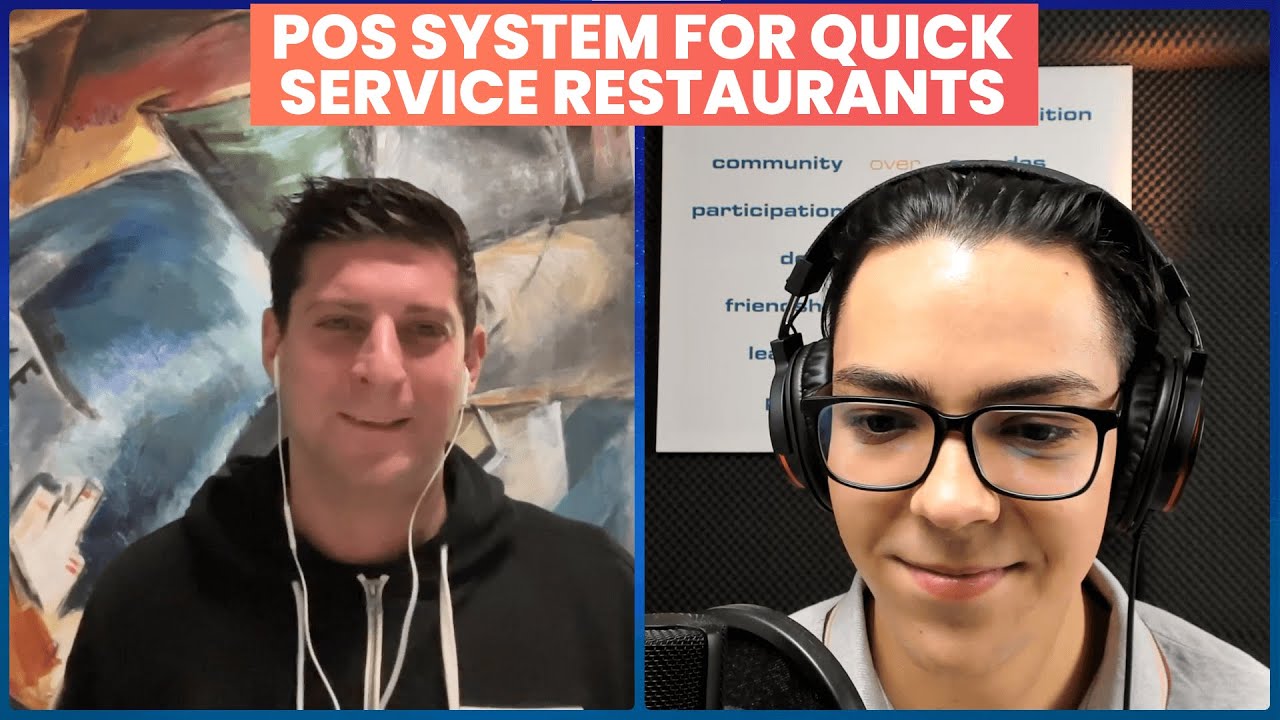 David: MYR is a SaaS-based point of sale specifically organized in the cloud to work with quick-service restaurants only. We don’t touch table service. The simple difference between the two is that you pay before you eat – anywhere you have to place an order, you pay, and then you’ll receive your food. That’s a quick service. Looking at the quick service point of sales, you will see more custom solutions. Subway has its point of sale, and McDonald’s has its system built from the ground up because when you’re in a quick-service restaurant, it’s all about speed.

It’s a very different engineering structure. We built the tech stack about 13 years ago, and we only incorporated about five years ago and have only been really actively selling for three. And so we naturally built a product to fit that workflow. MYR POS is one of the rare only cloud-based QSR-focused POS out there. Everyone else went into the full service in the day, and we were one of the rare ones that just grew into this new vertical.

David: We’re the only point of sale with direct two-way integrations with Uber Eats, SkipTheDishes, DoorDash, and more. We’re fully vertically integrated, and we also have our white-label ordering application that’s sitting. With our POS, you can have an unlimited number of cash registers sitting on iPads connected to an unlimited number of kitchen displays, with unlimited tableside ordering.

And all of that is working not through the cloud but actually with the local Wi-Fi network so that in case the internet goes down, and it’s still working between the POS. We connect to various payment terminals by different payment companies, and now we’re adding a customer-facing display. We’re actually looking to integrate ourselves into something called Chef XML, the system that big chains use in their kitchens. So if we want to ever talk to those chains, we can’t tell them to get rid of all those installations and replace them with iPads. You have to be ready to connect to them. Pricing ranges from CAD$79 to 149. We have different promotions, of course, and then we also resell hardware.

David: I built the original tech stack, but then I had who’s a big club owner and restaurateur in Canada. He founded it with me because, at the time, I was involved in another company, and I could help build the tech, but I couldn’t run it daily, and I didn’t have the time. And then eventually, I left the other company, and I came in, and it was the perfect time for me to take over. I don’t like titles, but the CEO of the company. In the last three years, we’ve seen tremendous growth. We started three years ago at $75,000 in ARR, and now we’re sitting at $1.5M ARR and have a ridiculously low churn.

We raised a small round of $1.25M from some private investors and angels. One of them is actually Lester Fernandez, the co-founder of Pivotal payments, which is now publicly traded. He invested in us, and that’s it. And now, we’ve been focusing on profitability for the last three years because we saw what was coming with the valuation games, and now we’re actually cashflow positive operationally. We plan to have a positive EBITDA of about half a million by the end of 2022. We want profitability overgrowth, and cash is king.

One important principle when building a team

David: The important principle I look for is accountability. Not responsibility. Responsibility is realizing you made a mistake. Accountability is understanding how you directly affect somebody else’s work. That’s number one. The other thing, it’s funny, I don’t look for ex experience necessarily in what I need someone to do. In coding, of course, you want some sort of skill base. I look for what the role really entails at a root cause. Patience, communication, or whatever it may be. And I’ll look for those things over actual experience. That’s how I build my teams.

What’s your best piece of advice for founders?

David: Make sure you know what you’re not good at e early on, and find people you can trust to help you with that. I was terrible at reading even an Excel spreadsheet for finances, and I did not find a CFO back in the day. I found a CFO, and then he built the model, and he worked with me. He explained that he was not an expert, but I plugged that leak early before taking people’s money and growing. Also, get someone who’s extremely good in operations. Don’t get me wrong, don’t say I don’t want to know anything about it. I found people for it. Because you need to know what’s happening, be ready to learn and plug those leaks.

David: It’s Basecamp, and my developers hate it because they use Jira. I looked at Jira, and I realized too old to learn this. I like simplicity, so Basecamp is my day-to-day software, allowing me to write what I need to do. Now that I have a phenomenal CTO who’s also helping me product manage, he said I could keep Basecamp, and he’ll take tasks and put it into Jira.