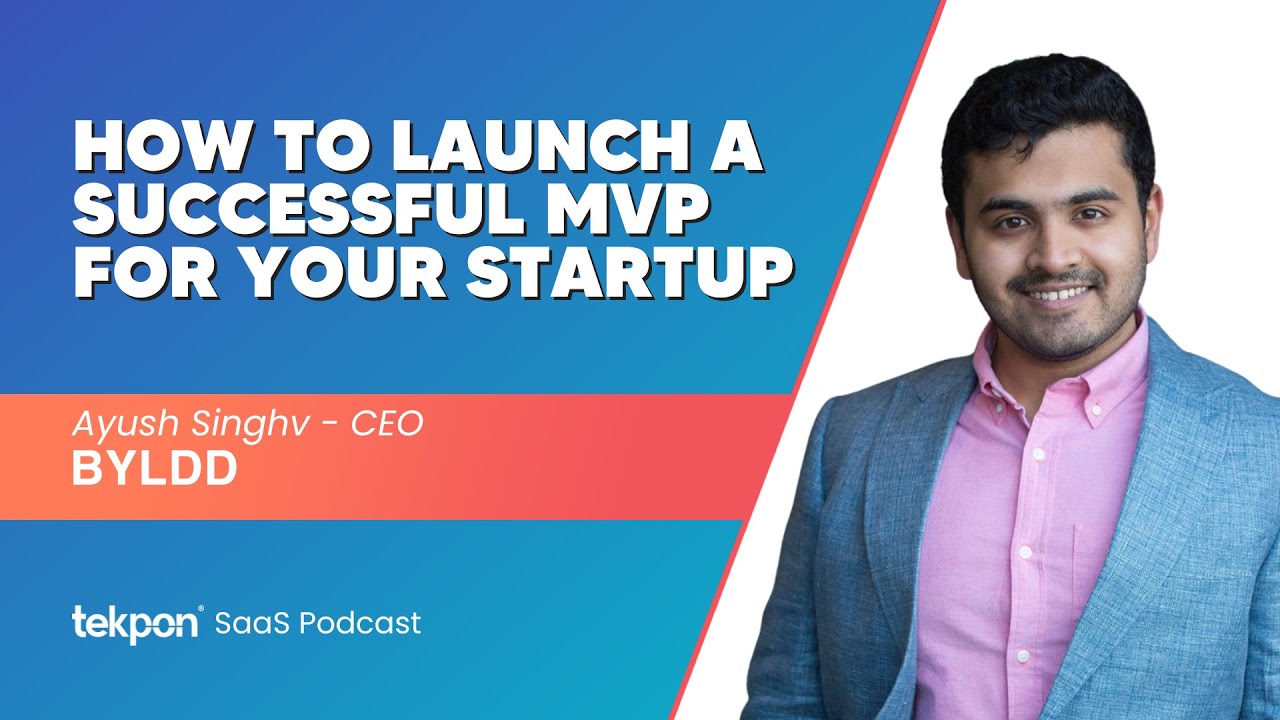 Ayush: We help founders go from ideas to their first paying customers. So, typically, we work with a lot of domain experts. These people have been in the industry, in their specific niches for several years, spotted an opportunity, and come to us to turn their idea into a product they can sell to customers. And we help them go through that process. So refining what that product needs to do for version one, helping them build it out, get it in front of customers, get that initial revenue, and then build that product feedback loop. So they start interviewing those customers, learning from them, and then taking that insight and driving product development with it. So we pair with them and become their long-term development partner. Typically, we do it in about $10,000 to $15,000 and in about one and one and a half months, and we’re able to do that because we’ve automated a big chunk of software development. So we have an internal proprietary tool that takes in certain parameters as input and writes code for us. So the piece of code, like the software base we start with for these founders, actually has much of the work done. So we can quickly put in the extra things that make that product unique and then ship it out. So, in a way, something like product as a service or department as a service. Before we pivoted into this, it was like a CTO as a service business. And people just resonated more with building a prototype or building an MVP. And we kind of changed our language model in this field.

What was the idea behind it?

Ayush: The idea behind this, the inspiration behind this was, like, even in my career, I’ve worked in many early-stage companies. And what I’ve seen repeatedly is, like, founders who don’t have that technical skill set, paying exorbitant amounts to developers to build a lot of stuff that’s, like, undifferentiated, right? So maybe just to test their ideas, they’re paying like six figures, $100,000, $150,000. And things are being built from scratch. Nobody really cares about your login flow. You don’t need to rebuild that every time your registration process, that kind of stuff. So we modularized it, automated it, and took all of that excess away from that price. So ultimately, the company’s vision is to democratize entrepreneurship, to make it as accessible as possible to domain experts who don’t have the technical expertise but have the experience and the industry insight actually to come up with really interesting solutions to problems.

Ayush: There is a company called Marco, a marketplace for buying and selling businesses. So we built their MVP, they’re just launching into the market now. We have a company called Rake, a sales automation platform and a sales gamification platform. So what it does is that it’s a really interesting product in a remote environment. It’s very difficult to get sales teams to get into that competitive mindset. And what this company does is brought this aspect of gamification to sales, to remote sales teams where it integrates with the CRM, and you can see your score alongside your colleague’s score and see who’s making progress and beating targets. You can bet against each other, and you can put wages on. It’s a lot of fun. We have another platform based in the States generating a lot of revenue now after they’ve launched with us. They provide stem classes to kids, under 16 and a bunch of different products.

After you’ve built the MVP, are your customers leaving?

Ayush: No, we’ve had zero churns at this point. Everybody that built a product with us that’s been able to get revenue and get that initial traction has continued to stay with us, and we’ve become like their long-term development partners. The companies that typically don’t work with us are like companies that have built an MVP, and then they’ve tried to put it out in the market, but for whatever reason, they weren’t able to get some traction, or it wasn’t a good fit for the market or they were out-competed. So we have relationships with those founders who’ve pivoted and built like a new company, but that’s like a different product.

When did you start the company, and why?

I started it in 2018, but at that time, I was working full-time as an engineer somewhere else. So I went full-time on it in 2021, a month before the pandemic became a thing. I’ve worked in a bunch of early-stage companies, and it struck me that founders were spending a lot of money on things that didn’t differentiate their product, like building features and paying for the development of things that didn’t really matter to their end customers. And I just thought it was very capital intensive to start a business to at least validate an idea. So that was the kind of disconnect I saw. And I saw that there was a way to automate a bunch of that process so that you pay nothing for all of the generic stuff, and you’re only paying for the development hours for building.

What are the next steps that you want to do in your company?

Ayush: So we are continuing to refine that automation technology that we have, and we’re continuing to build on it. Eventually, I’d like to bring the cost down even further. And ideally, instead of people paying $10,000, they would be able to pay two to three and have a really robust MVP available that they can sell to customers. Right. That’s the end goal. We’re not quite there yet, but we’re on the way. So, like, constantly building our proprietary technology, the automation tools, the modules that we have so that we can just click plug and play and have most of the stuff good to go. We are 35 people right now working at the company.

Ayush: I really like Robinhood. I know it’s kind of a controversial answer given the current situation, but I really do like Robinhood and their user experience and how simple it is to understand what’s happening with the company you’re researching and how they perform. In the past, I think they’ve democratized access to investments. They’ve made it really easy for everyday people to invest. And some say that’s a good thing. Some say that’s a bad thing because they’ve also gamified it with the confetti and all that stuff. That’s one.

I really like Shopify as well. I really admire their CEO, I don’t know if you’ve seen some of his videos, but he’s one of the really few CEOs that are really, like, deep into the technical part of the company. And the CEO is regularly giving product demos, and that’s one quality I admire. And then the company itself did something really interesting because they created a brand new market. Right? They’ve made business accessible to many people who wouldn’t have had access to them, like many creators and hobbyists. And they’ve been able to use Shopify to turn their passions into businesses and become entrepreneurs. And I think that’s really cool.

We also use a tool called Shortcut. I’m not sure if you’re familiar with it, but I’m sure you’ve heard of Jira and some of these other more popular ones. Shortcuts are really great tools. It’s been very helpful, especially for startups and MVPs, because it’s super easy. There’s no learning curve. It’s super easy to pick up. Our team uses it across all of our projects. We also use Slack and Gmail. We use Atlassian Bitbucket to do a lot of our kind of get system, and their pipeline infrastructure to do a lot of the testing and deployments and all of that stuff.

What is your back story?

Ayush: The reason I became a developer is that I was non-technical. I wanted to start a business, learned the coding basics in engineering school, and thought I could do it. I don’t know if you went to CS 101 classes where they teach you C and C++, and you learn like four loops and stuff, but the very basics of the idea were to start a business. At that time, I think I was, like, 24  years. I tried to find a co-founder who would do it for me, but it’s incredibly difficult to find. Being a student, I didn’t have any money to pay them, so I was looking for somebody to do it for free, for equity. And it’s nearly impossible. It’s not worth any engineer’s time to do that stuff. So that didn’t work out. So I joined Coding Boot Camp, a full-stack academy, for a three-month coding program. And that was absolutely life-changing. They taught us how to code, but more than that, I think they taught us how to figure things out on our own.

I think that propelled me into what I am today. So I did that, and then I worked at a couple of early-stage companies and very early-stage companies and built the initial MVPs, tried to get it to market, tried to get feedback from users, tried to turn up very vague concepts into ideas, and get some revenue. Most of those didn’t work out too well. At my last gig before Byldd, I was initially the sole engineer and eventually led the engineering team. And then, we scaled that company from about $300,000 in booking value to close to $10 million. Almost $10 million in three years with the same headcount. So that was a lot of fun, but that was the last job I had, and it taught me a lot about the technical side, as well as just culture and having a team that you really enjoy working with and how to treat the people around you as an employer and how to behave.