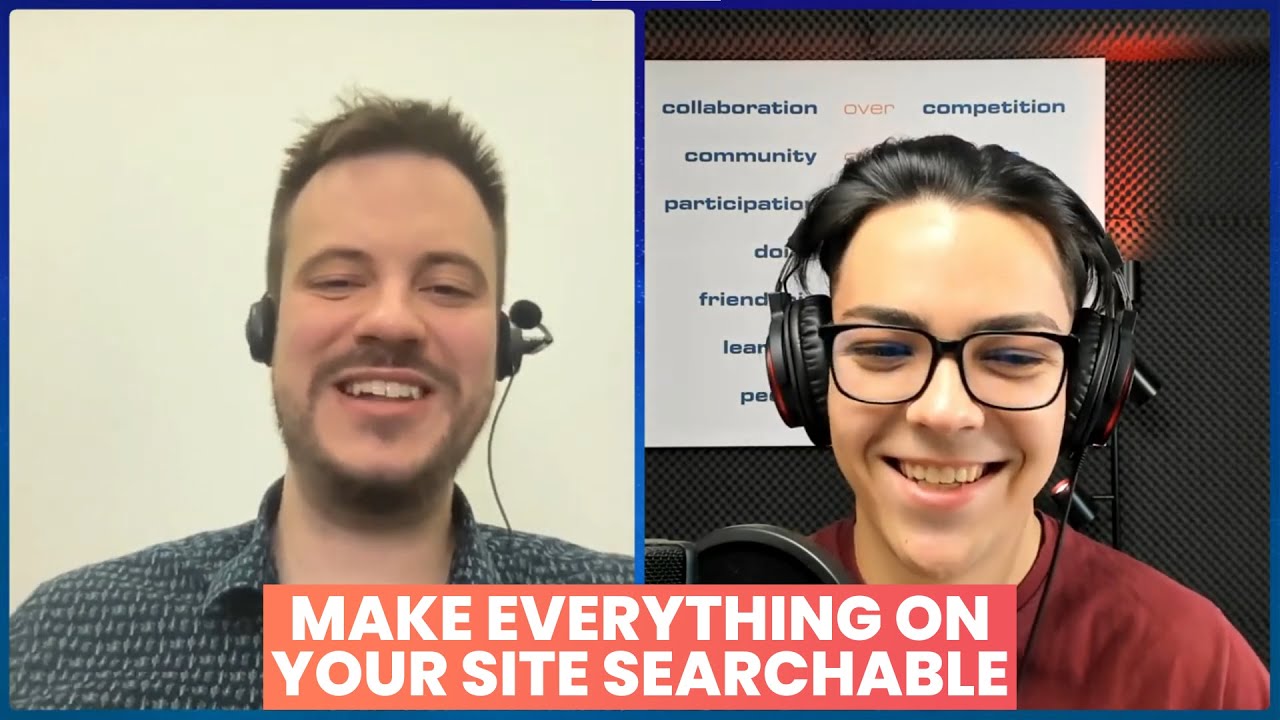 What are you building with Omnisearch?

Marin: With Omnisearch, we are building what we say is the future of search technology, and that is essential to make every single type of content just as easily searchable as textual content, images, documents, presentations, videos, audio, or anything that comes to mind regarding content. We make it just as easy to find any information, whether textual or visual, inside those as it is to find it inside text. When you think about the origin and the inspiration for the whole thing, it was when I was working at Amazon and just had a ton of trouble navigating through hours and hours of video training content. That seemed like a worthwhile problem for my co-founder and me.

How does it work?

Marin: You just input the data, the documents, the files, and all the extraction, and all the indexing is going to be done on our end. Right off the bat, you’ll be able to perform search queries on your index content. And you can either use it as a standalone product in a web dashboard if you’re using it for your files or companies using it internally, or you can use the API to integrate it into your site and power the search functionality that you have.

What is the pricing for Omnisearch?

Marin: The pricing has three main tiers. The way that we usually the price is you have a monthly subscription that gives you a certain amount of materials, that certain amount of content that you can process every month. And this could be 10, 20, or whatever amounts of audio hours of audio video, similar to images and documents. If you go over that subscription, these will generally be from $50 to $200 monthly. If we’re talking about our SMB targeted offerings, but if we’re going enterprise, then it’s completely custom.

There will be a lot more integrations, a lot more support, and a lot more other elements involved. Then if you go over this subscription, we also do a one-off payment to buy a bigger quota, which is very useful when you’re initially processing your entire content database. Then you just pay out something once, and then you revert to your original subscription so that it’s more financially efficient.

Getting listed on several marketplaces

Marin: Our first cool thing that we built after we had launched the MVP of the product was an integration with a platform called Thinkific, which you can imagine as being like Shopify for online courses. We were among the first applications and developers to launch an offering there. And this was really amazing for us because we were targeting the education market. After all, you know, audio and video search is not really something that anyone else gives you, or that very few other vendors give you.

So these integrations really get the ball rolling. We got our initial paying customers traction through that channel, and it’s been a huge help to us since. In terms of the other integrations, getting the content into Omnisearch. We’re currently developing integrations for Google Drive and other main connectors that companies use for communication, data storage, or anything of that sort. But by and large, what we do is we provide you with an API, and that API can be used with very simple scripts. It can be used to either upload and ingest data or to perform queries so that you can then integrate that into your sites and your own.

I would say getting listed on marketplaces is an underrated strategy. It has drawbacks because you still need to do the development upfront, and you’re still in charge of acquiring your own customers. You can’t get those out of the box. You still need to do your sales and marketing, but it’s a great way to piggyback off a platform with a lot of existing traction. I know a lot of startup friends who were able to achieve significant traction through those channels.

Do you have any competitors?

Marin: We don’t have any one-to-one competitors, but we always look at other companies in the search space like pseudo-competitors. I’d say that others are predominantly focused on tech search. They are incredibly good at that, they’ve been around for a long time, and they do a hell of a job, but I don’t think we have something that would be a true competitor.

Tell us more about the company

Marin: We started it officially in April 2021. Informally, a couple of months before, we started hacking on the idea because of our frustration at Amazon. We raised we’ve raised $450,000, and we are seven people. This consists of myself and my co-founder Matt, who leads the technical team. We have three engineers, one business guy, and a designer working with us. So that’s already a fairly strong and efficient team.

Marin: I want every significant site worldwide to use Omnisearch to power their search function. We will be doubling down on our education niche, which we had so much good success in. And then also expanding into other ones, for instance, media or e-commerce, where the search is really important.

What is your story, Marin?

Marin: I am a software engineer by trade, originally from Croatia. I had a lot of work experience in Silicon Valley and Canada after college. I worked at a venture-backed startup, and then I was at Amazon, where I worked on the AWS and Alexa teams. They were very different teams and experiences because one was a mature product larger. Phenomenal for learning distributed systems but less fast-moving, whereas Alexa was just that we have to get this thing to market, and we have to get it before some big wig talks to the press, so tight deadlines, but a lot more freedom to ship. I would say that both were extremely good.

Any advice for people who want to switch to being a founder?

Marin: Purely practical standpoint, I would say it’s worth it to accumulate some savings. However, suppose there is any way for you to do that in addition or potentially as an alternative. In that case, it’s always worth, I think, having some backup option by signing up for safe freelance platforms so that whenever your runway gets too low, you can jump in, take some projects, and replenish that bank account.

Some software you use?

Marin: We use a lot of Slack. Slack has been really good for us, and I remember I first tried it out in 2015, and I was a bit of a skeptic early on, but now it has sort of grown on me. All people at the company love using it. We use many Google products, from Google Workspace to Google Calendar to Meet. And I like Canva and Figma. I’m not a real designer, but Canva is great for building a quick presentation or a resume if you need it or some sort of video.