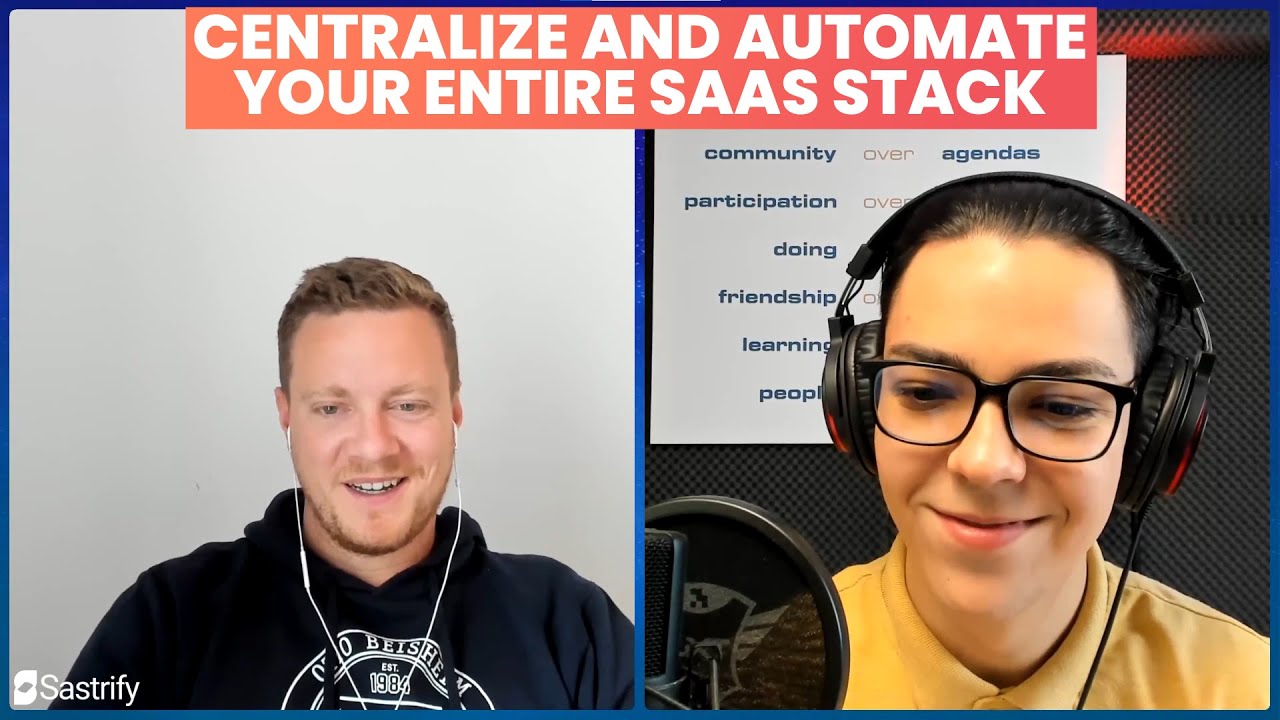 Sven: Sastrify is a software as a service procurement platform. We basically make sure our clients buy the right software at the right price, and we also optimize their current costs. We really take care of the whole lifecycle of software within a company. The biggest problem that we solve is that over the last couple of years, obviously, all of us that are somewhat in SaaS have seen the sprawl of SaaS tools across organizations. There are just thousands and thousands of SaaS tools out there. We help clients by making sure that they always buy what they need at a fair price but also don’t overspend. We also help them make the right decisions and choices and have confidence in their decisions. That’s really what we focus on from the moment you want to buy something to the moment you actually buy it.

Sven: I would also say that, basically, the SaaS lifecycle is the most important. If you’re looking for a software application, you can actually go on the platform. Anybody in the company can do that and look for – hey, I need something in project management. Sastrify will tell you what’s already within your company, so you don’t have to buy twice. It will say – there’s already a ClickUp license, and Greg is responsible for it. You can just go to Greg instead of buying it yourself.

The second important piece is actually that we help them build out the procurement process for the software. You can define which steps the software needs to go through, like legal approval, IT security approval, and all those kind of steps. And we always feed in our data, which is the third essential feature with benchmarks. We basically make sure – hey, this is what you should buy for your Salesforce license.

Sven: We are focused on mid-market. Ideally, we can start as low as a hundred people, that’s when we start making sense, but the sweet spot, I would say 500 to 1000. The cool part about our pricing is that we guarantee to save our customers more money than we cost. You can even go on the website and just put in your numbers. That’s also why you need to spend about $30,000 per month on SaaS so that we make sense, which is typically a company with about a hundred employees. That’s typically how we came up with that. Then we are basically priced that depending on your total. Our largest clients go into the six figures, but we typically start at around $30,000 annually.

Sven: The two most important ones are ERP, like QuickBooks, FreshBooks, Gusto, and basically any accounting software. Because obviously, that’s where we get the data from in terms of this the SaaS you’re currently paying. And then the other part is actually the whole SSO part, the Google logins, to figure out which SaaS is being used in the application in the company. No matter if it’s been paid for or not.

Sven: We’ve also been very lucky to have some early believers on the client side. And I think by now, any large European tech company has least talked to us, which is good. And many of them work with us as well. Now we are also very active in the US. I think the most interesting case for us is really when we find a lot of software at the beginning. One of the first clients we looked at had 2000 different software contracts within the company, and cleaning that up was a pretty intense task. But then again, we offer, we also have customers where we’re now at like 40 times savings within a year of what they paid us, which is good for them, not so good for us. It really shows the impact we have.

How competitive is your space?

Sven: It’s definitely an interesting space. I think it’s still very nest and in an overall setup, right? Even globally, maybe a hundred companies are using one of our competitors or us. But overall, with so much SaaS coming up over the last couple of years, there’s still a lot of room to grow, and most of the calls we still have are like – this is something I haven’t heard about, tell me more, sounds interesting. It’s really more about educating the market and explaining what we do rather than fighting competition.

Sven: Timing-wise, there have been a couple of companies that started around the same time. There are three of us globally and a couple of smaller competitors. We started actually in 2020. We sold our previous company in 2018, stayed on board with them for about two years, and then in early 2020, both of us were still eager to build and go back to building something from scratch. Max, my co-founder, is taking care of everything that’s product related, and I’m on the commercial side.

How did you come up with that idea?

Sven: We had two more co-founders back then, and the cool thing was that, obviously, between me on the technical side and me on the commercial side, we bought a lot of SaaS and discussed a lot about SaaS contracts and what we were paying for. We experienced it basically ourselves. And then we thought when we started a new company – this is something probably any company struggles with. We basically took a lot of time figuring out – okay, how does it look like? Where’s the friction in the process? We made sure that we have basically one single platform that solves it all.

Growing the team and raising funds

We are about, and I think as of tomorrow, we are going to be around 150+ people. It’s been quite a crazy two years. We have raised three rounds, and the last one was our series A in January 2022. We have raised more than $20 million so far.

What was your biggest challenge starting Sastrify?

Sven: The biggest challenge is growth on both sides, I would say. It’s triggering that growth at the beginning has worked pretty well. Now, the other part is really keeping up with the growth. I think that’s pretty much the challenge we see right now, right? We are active in six regions in Europe, plus the US, where we actively sell and have teams on the ground. Keeping all of that in a somewhat meaningful setup is probably still the biggest challenge.

What is your story, Sven?

Sven: Max and I have known each other for about 13 years. We actually met at university. We were college roommates and then more or less stumbled into our first startup, a payment operator for car parks called IvoPark. It is quite a cool story. We built that up over a couple of years and raised some money from Porsche back then, which was the first startup investment they ever made. We did many more technical things like in-car integrations to build a seamless parking process so that you could start and end the thing directly from your dashboard. And we got acquired back in 2018. And after that, as it always is, we stayed on board for about two years, more or less, to integrate with the group. But then, after six years in parking and two years with the larger company, we were eager to build again, and that landed us here.

Sven: We are quite reluctant to give recommendations because we are very neutral. Internally, we use a lot of Asana to coordinate tasks, which is where most of my daily work happens.

What’s your best piece of advice for founders?

Sven: I think what has worked extremely well for us are two things. One is to sell what you do as early as possible to customers. We were fortunate enough to really have customers within the first couple of months that say – okay, I’m going to pay you for this because I actually get value from it. If people don’t want to pay you for something, you’re probably not creating enough value. Testing that as early as possible is really good. And then the other one was really to hire top-down people. Even if they’re more expensive, try to bring on the scrappy leaders first. They still want to get their hands dirty, but they also have the experience of what the company will look like if it grows. That also saves you time and struggle on the recruiting side.